My interest in cartography was born out of a childhood of Tolkien and RPG maps and only deepened by my study of the Golden Age of Cartography. My map of the Kansas City area’s SCA chapters was drawn to better understand the compositional elements of the great sixteenth century mapmakers. It was so well received that it was awarded the Judges’ Choice at the Calontir 2017 Tri-Levels arts & sciences competition. 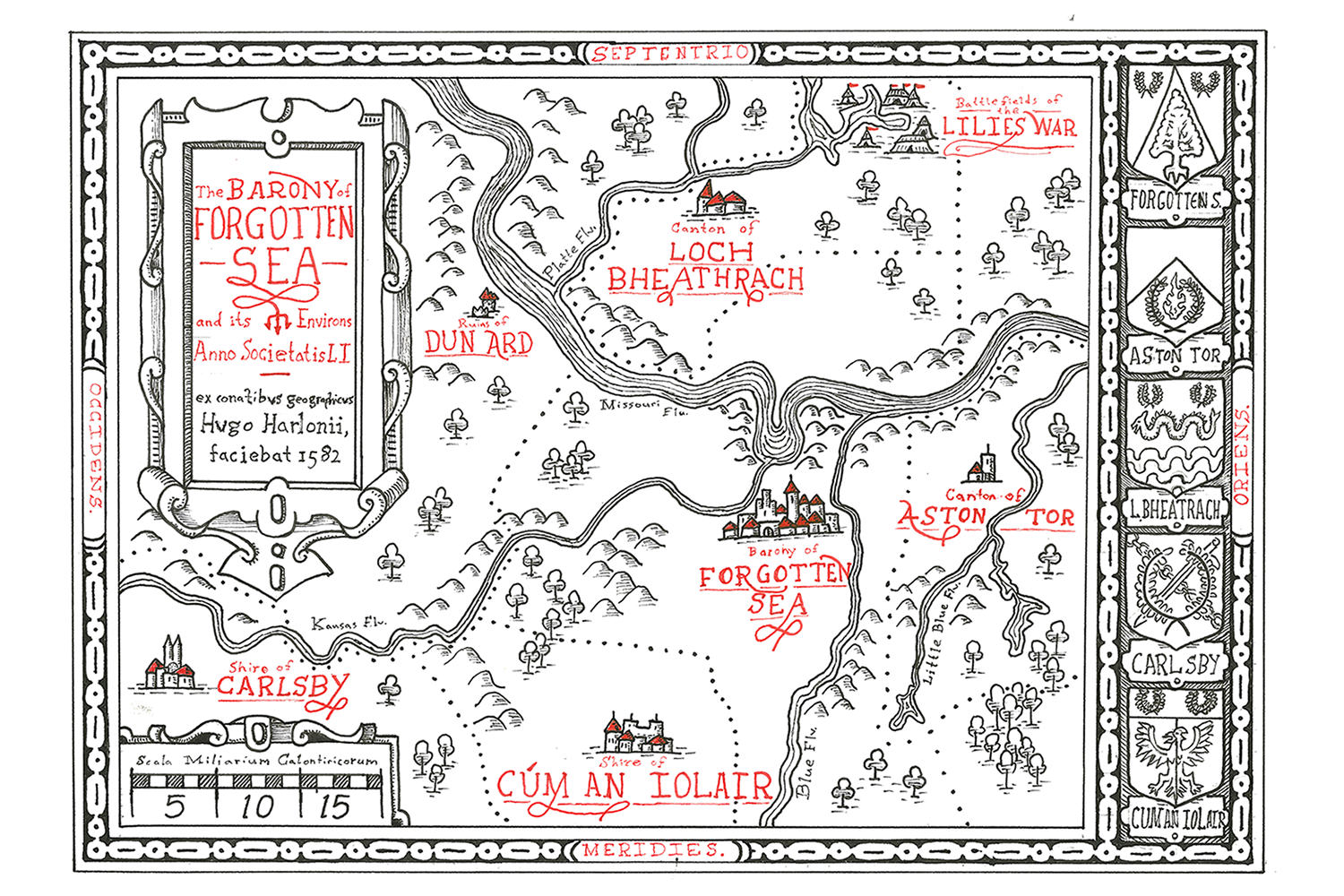 Scan of the completed map, 14×10″ on hot press watercolor paper

This is a map in the style of late sixteenth through early seventeenth century cartographers from western Europe such as Sebastian Münster, Geradus Mercator, Fernão Vaz Dourado, John Speed, John Norden, and those mapmakers commissioned by Abraham Ortellius.

As a result of my research, I argue that the similar artistic conventions seen in the layouts, embellishments, typography, and geometric Mannerist ornamentation found in maps of this period represent a historical unity and continuity. This is why I am confident including cartographers who are slightly Out of Period as a reference.

The work as entered represents the initial step in the printmaking process: the creation of the map itself with ink before the intaglio printing process began. The use of red ink, however, is a deliberate stylistic deviation to improve the aesthetics of the piece and pay homage to Münster and Dourado’s careful use of red in their own compositions.

The references consulted for this project were a mix of scanned and/or published facsimiles of extant maps of the period, historical surveys on the role of cartography during this period, and art reference books to better emulate the Mannerist ornamentation prevalent on the maps of the era.