I commissioned Czech digital artist Jaromir Hrivnac to create a painting set during the Dutch Revolt. He delivered in a spectacular way. 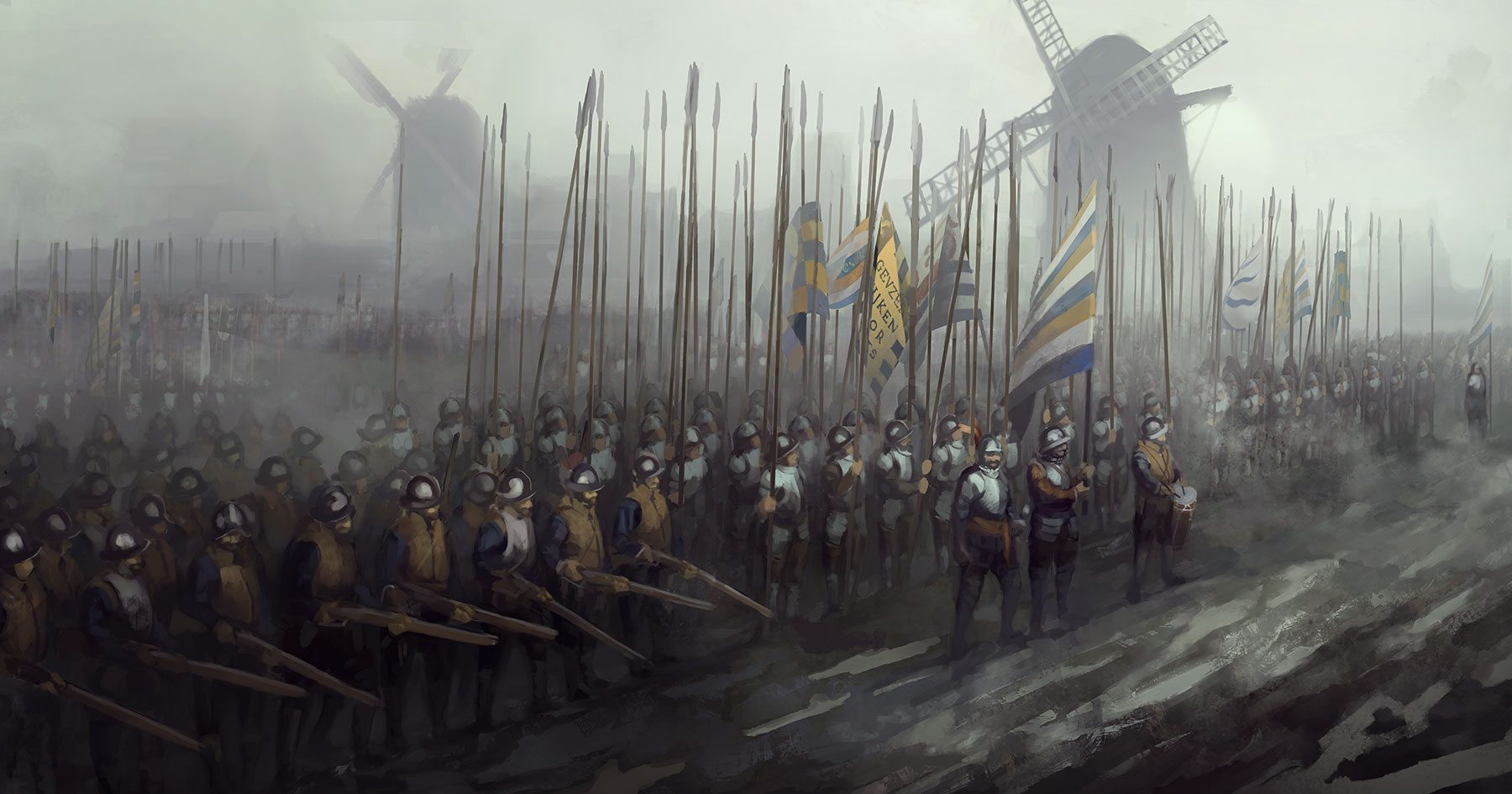 I stumbled upon Jaromir’s spectacular artwork in late 2017 and was immediately impressed by the fast and loose character of his work. That quality reminded me in some ways of Kekai Kotaki, a prolific fantasy concept artist whose work I greatly enjoy. I approached Jaromir about a commission, to which he agreed.

We traded early sketches and layouts back and forth after I provided initial reference images to set the historical context of warfare, arms, and armor of the late sixteenth century. We settled on a body of infantry in the early morning fog with a walled city – complete with windmills – in the hazy background.

I was blown away.

I had an archival quality print made and framed, which now sits in my office below the sixteenth century captain’s partisan.