I had the opportunity to design the official map for the 2018 Lilies War. This particular project was one of my first dreams when I returned to the Society and started researching historical cartography. Once I had the go-ahead, I knew exactly what references I wanted to use.

Georg Braun (1541-1622) was the editor of the seminal Civitates orbis terrarum, a collection of hundreds of city maps from across Europe. The collection is perhaps best known for the birds-eye perspective used in the maps by prolific late sixteenth century engraver Franz Hogenberg (1535-1590), such as this map of Mantau, in Lombardy (Italy):

When I was given the approval to create the 2018 version of the Lilies War site map, I knew I wanted to create a pen-and-ink map in the late sixteenth century Mannerist style I work in, compared to the digitally-created, wholly modern maps that have been in use. And I also knew that Hogenberg’s birds-eye maps would be the primary reference I’d draw from. 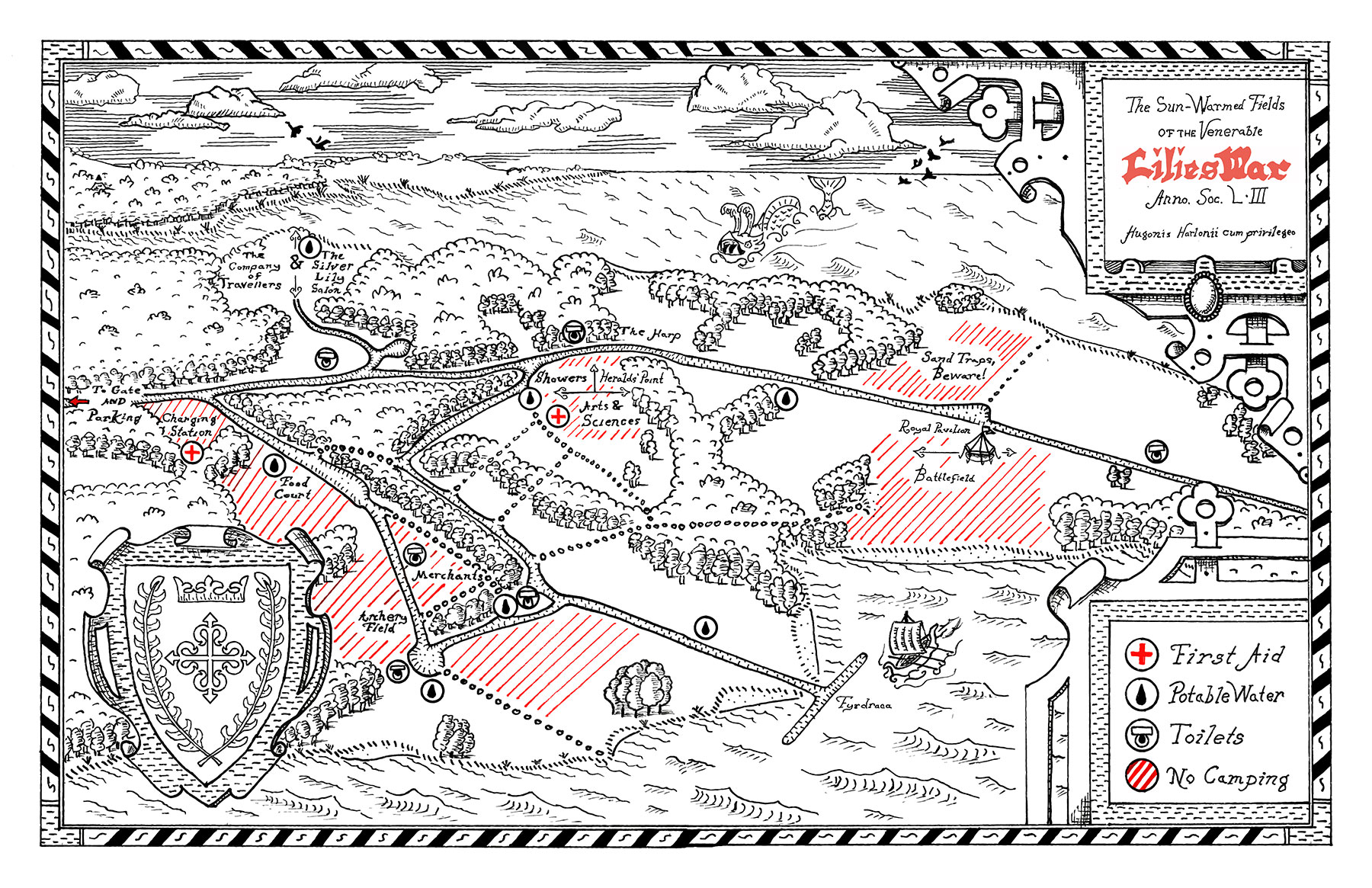 The final map is 17in x 11in total from two combined sheets. This size was dictated by the map’s placement in the official site book. I kept the map to black and red ink to stay aesthetically in line with my ongoing series of Calontir baronial maps, as I had done for Forgotten Sea and Vatavia. 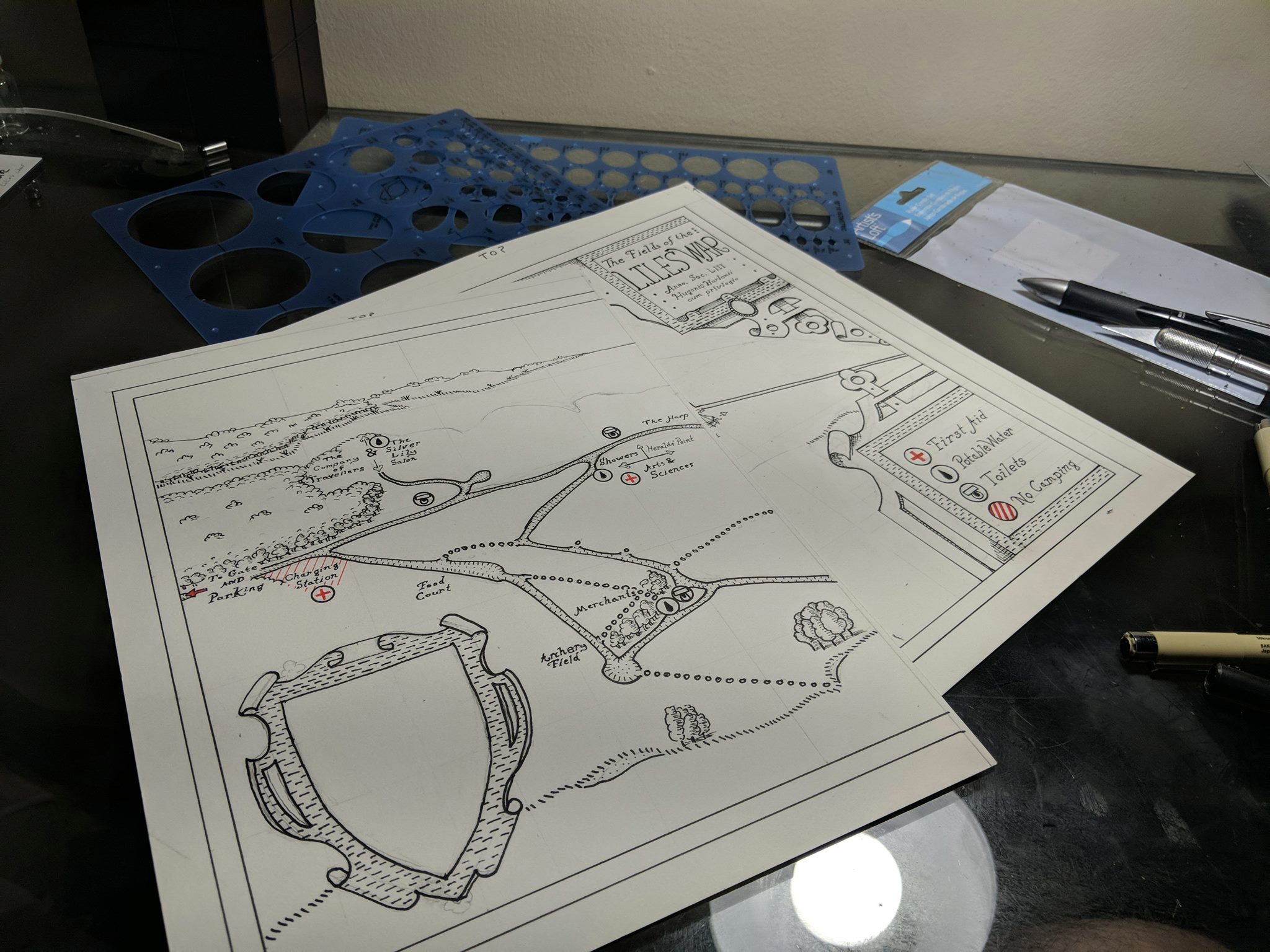 I began with a great deal of research into extant maps, then translating those findings into a series of rough digital and pencil sketches before moving to the actual hot press watercolor paper (itself a comparable texture and weight to the laid paper in use throughout the sixteenth century).

With pencils applied, I moved onto inks, completing categorical types (e.g. borders, trees, labels) completely once at a time before moving on. 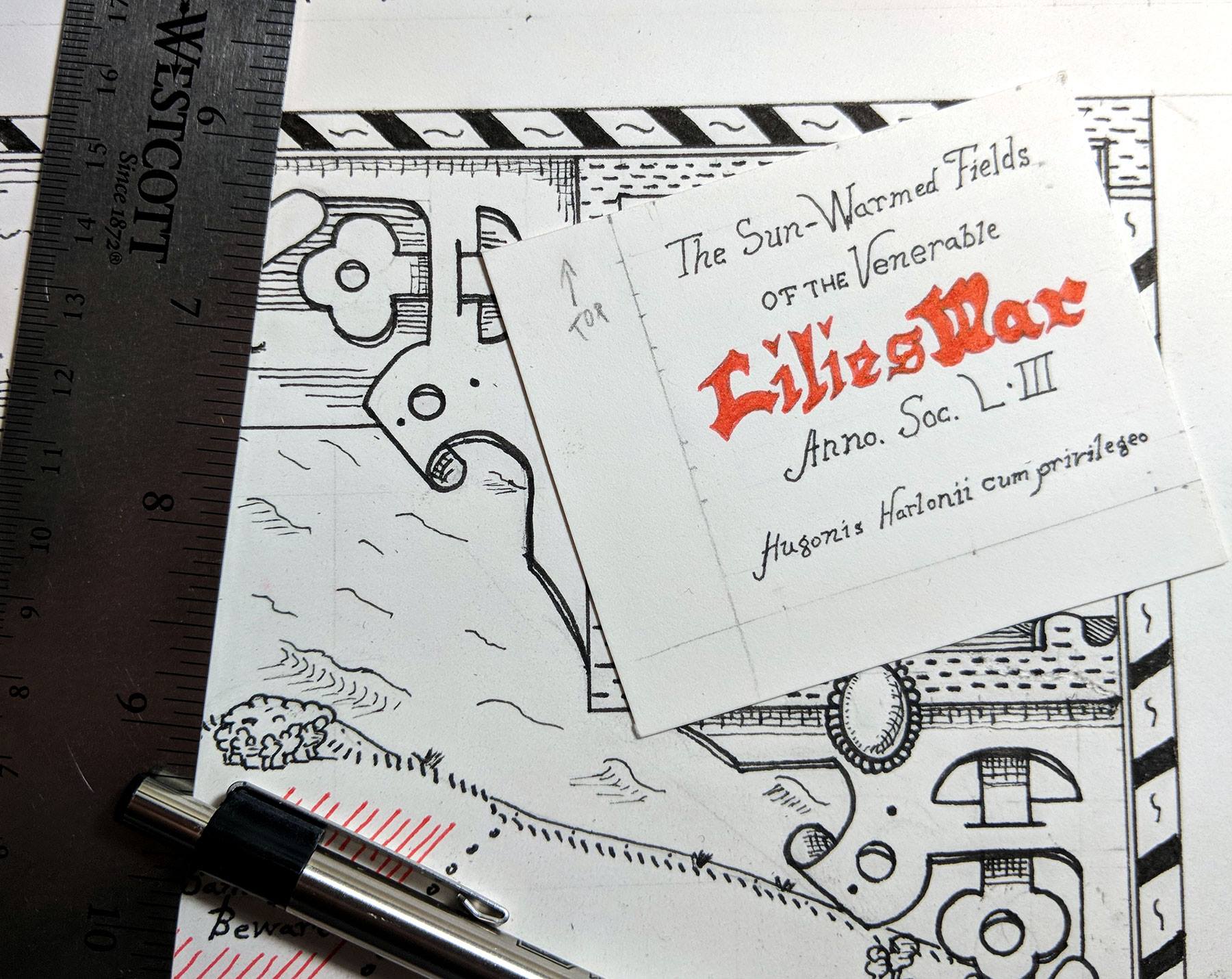 An unfortunate spelling error resulted in the map title in the cartouche being “Liles War,” so I had to layout and re-write the text for a cover-up, which fortunately resulted in better penmanship. So in the end, my mistake was for the best.