Six weeks of research, design choices, and careful work with pencil, ink, and watercolor resulted in a three-sheet map of the northeastern provinces of the early Dutch Republic. Entered into Calontir’s 2017 Queen’s Prize Tournament, the map won the Judges’ Choice award. 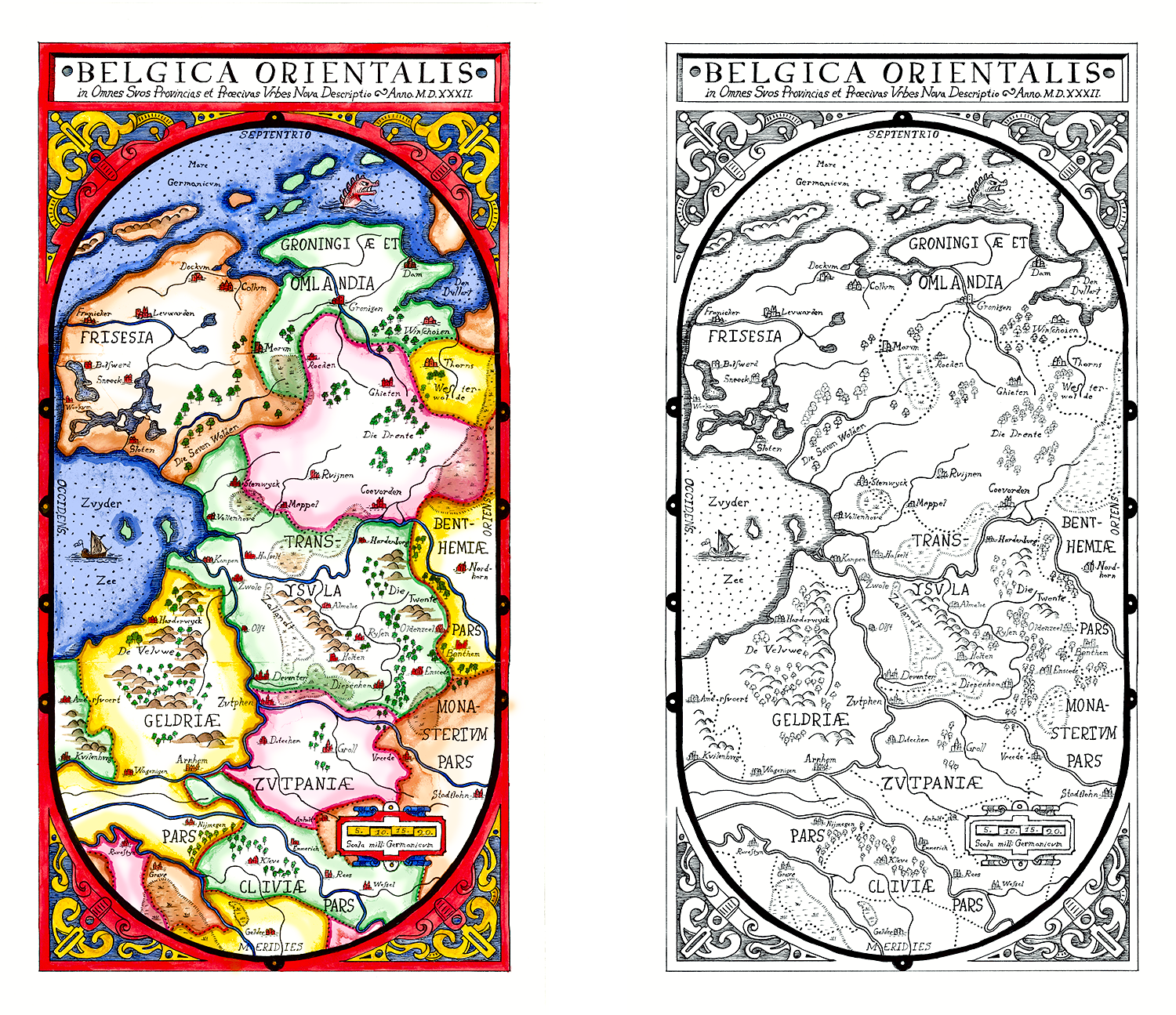 Scans of both the final watercolors and orginal inks of the map.

This entry is composed of two versions of a single map, representing two distinct steps in the cartographic production process. The first is the original inked map as prepared and drawn by the cartographer himself, and the second represents the print of the map from the plates produced by an engraver from the cartographer’s inked original (in this case, lacking access to an engraving and press, reproduced digitally that would have been individually painted for well-paying customers.

The map’s subject is the northeastern provinces of the Low Countries, circa 1582, which makes for a wholly new cartographic work, as there is no known single map of this region at this scale. As a result, this map has been researched and composited as accurately as possible from historical source maps. 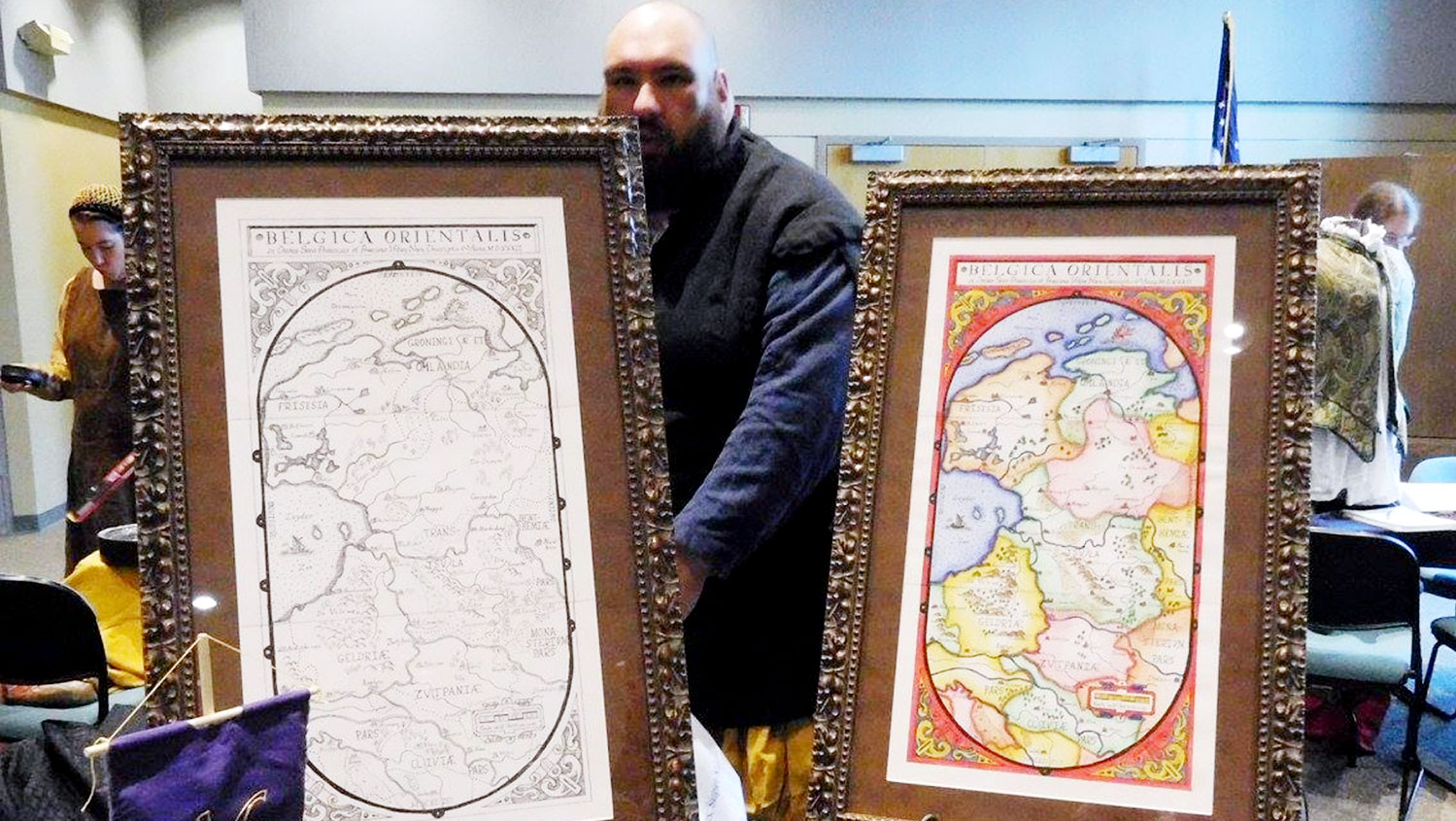 The maps as displayed at Queen’s Prize, photo courtesy of Johann Steinarsson