The peasants are revolting! In March 2018, I facilitated a (wholly unofficial) group discussion with area non-peers in conjunction with a peers’ retreat behind held in Kansas City the same day.

Inspired by Duchess Ariel of Glastonbury Tor’s efforts to organize a meeting of peers from all orders, I though the community of non-peers in the Kansas City (Barony of Forgotten Sea) regional area would also benefit from having a time to gather.

In the end, nearly thirty people (wow!) gathered together at the home of Honorable Lord John Bowyer while his wife, Mistress Lillian Bowyer, was at the peers’ retreat. 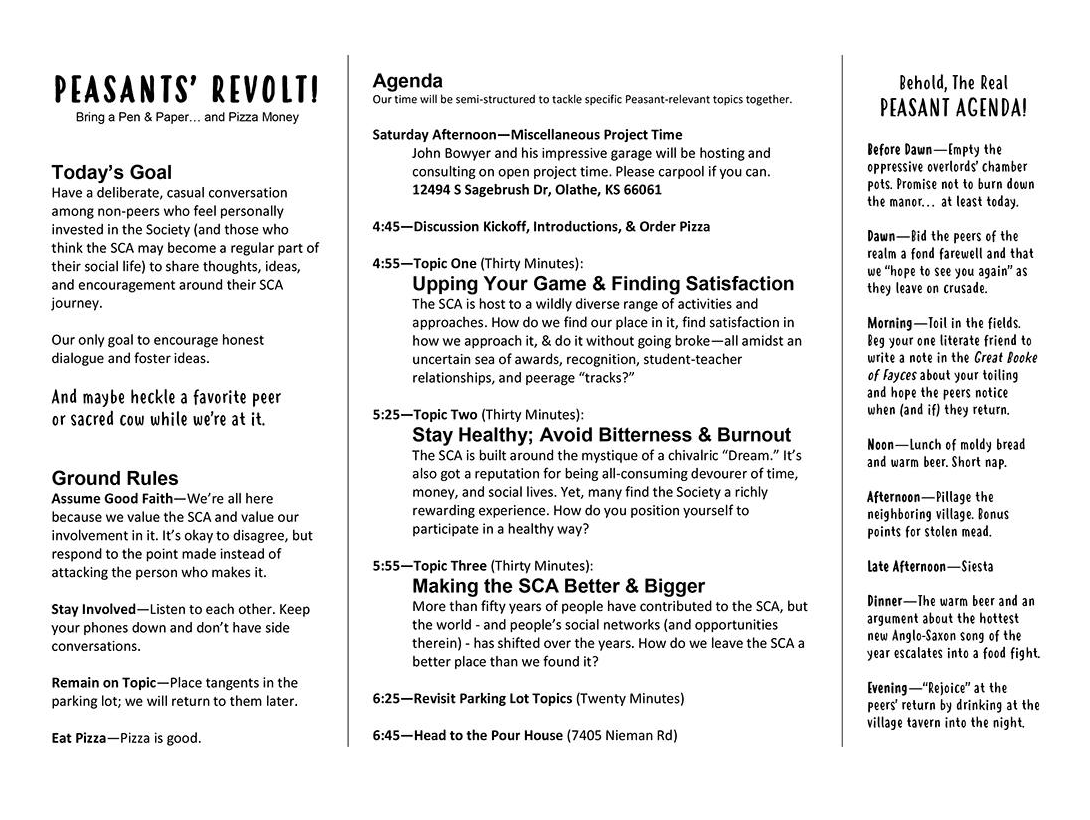 While there have been a few cheekily-termed Calontir “peasants’ revolts” organized in previous years (as far as I can gather, they’ve been some years before I arrived in 2015), they appear to have been casual, fun affairs. Circa 2018, there is a sizable cohort of non-peers, peons, and up-and-comers in the area who I thought would be interested in taking a slightly more structured approach to discuss where they are at and where they want to go in the SCA free from the ears and eyes of the peerages.

There was project time and hanging out over the course of the afternoon, but we eventually shifted into a group discussion around three topics: playing The Game, avoiding burn out, and growing the Society. Overall, many good points were made and encouraging words were shared.

…And a lot of pizza was eaten. You have to have pizza.